Summer has come to an end and first day of school is upon us. The Fall teams are already well into their practices as they prepare for the upcoming season.  We are excited about this year’s teams and look forward to a competitive season.  These athletes have put in a lot of hard work this summer and are Raider Ready and Raider Strong! 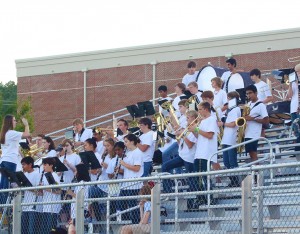 The Randolph Concert Band is excited to support Raider Football and our school through 3 pep band performances this fall. This year, the band will use a rhythm section (drum set, electric guitar, and electric bass) in addition to our standard instrumentation to get the crowd on their feet and dance along to familiar favorites such as Sweet Caroline, Ain’t No Mountain High Enough, and Livin’ on a Prayer, to name a few!

We look forward to sharing school spirit and good times with you at the August 25, September 22, and October 27 home games.

Cross Country – Girls
The Randolph girls cross country team is out to prove that the 2016 4A state championship was not a fluke.  The girls bring back a cast of rising seniors that were a part of that 2016 state championship squad.  Seniors Caroline Stucky, Katherine Hunter, and Zoe Evans are the front runners for the lady Randolph harriers as they were all named “All-State” last year finishing in the top 15 at the state championships.  Also returning are freshmen Emma Hudson, and juniors Nisha Mailapur and Sara Hutchens. A notable returning member is rising senior Elizabeth Johnson, 2016 4A Outdoor Track & Field State Championship runner up in the girls 400 meter.  As long as the injury bug doesn’t infiltrate the program, these girls are looking to do some major damage in November. 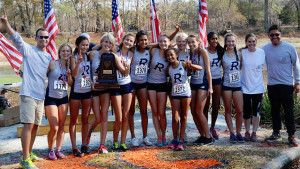 The Raiders are starting their season in Rome, GA on the campus of Berry College for the “Berry College Clara Bowl Invitational” on Labor Day weekend.  They will have a couple trips to the Oakville Indian Mounds Park for the “Chickasaw Trails Invite” and for one of the largest meets in the southeast, the “Jesse Owens Cross Country Classic”.  On September 19th, the Raiders compete at the “Randolph Cross Country Classic” on the campus of University of Alabama in Huntsville, our “home meet”.  Our AHSAA 4A Section 4 Championship meet will be held in town for the first time in over 20 years at the John Hunt Cross Country Park, Airport Road, Huntsville, AL on Thursday, November 2nd, 2017.  Providing the girls qualify from sectionals, they will compete in Oakville at the AHSAA 4A State Championships at the Oakville Indian Mounds Park in Oakville, AL on Saturday, November 11th, 2017.

The Raiders know that the 2016 season is in the past.  The 2017 Raiders are ready for some serious championship racing and are not willing to except the “status quo”.  Good luck girls! 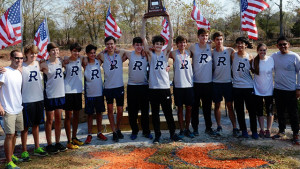 The 2016 Randolph boys cross country team came from obscurity to finish the state championships in “runner-up” team place.  Only 3 points from winning the whole thing!  (FYI, they were ranked 6th going into the state championship meet). This chip on their shoulders has been the main channel of motivation for the boys.   Rising seniors Matthew Estopinal and Kohl Kraus lead the Raiders for the 2017 campaign.  Other Randolph harriers that deserve a mention are rising sophomores Jack Schamban and Lee Thomas.  With the graduation of Colin Quirk, the #5 spot is open and needs to be filled.  Who will that be?   That will be answered very soon.  The Raiders could prove to be very deep, or very shallow.  One thing is certain, the purpose is for the 2017 season is very clear.  Prove last year was not a fluke.

The Raiders are starting their season in Rome, GA on the campus of Berry College for the “Berry College Clara Bowl Invitational” on Labor Day weekend.  They will have a couple trips to the Oakville Indian Mounds Park for the “Chickasaw Trails Invite” and for one of the largest meets in the southeast, the “Jesse Owens Cross Country Classic”.  On September 19th, the Raiders compete at the “Randolph Cross Country Classic” on the campus of University of Alabama in Huntsville, our “home meet”.  Our AHSAA 4A Section 4 Championship meet will be held in town for the first time in over 20 years at the John Hunt Cross Country Park, Airport Road, Huntsville, AL on Thursday, November 2nd, 2017.  Providing the boys qualify from sectionals, they will compete in Oakville at the AHSAA 4A State Championships at the Oakville Indian Mounds Park in Oakville, AL on Saturday, November 11th, 2017.

The boys know that getting to the top of the mountain will not come without dedication, hard, consistent work, discipline, and a whole lot of sweat and tears.  The past is just that, in the past.  The 2017 Raiders are ready to get back to the starting line.  Good luck boys!

Varsity Cheer
The 2016-17 cheerleading season will kick off strong August 9th! The girls have had a nice relaxing summer but are looking forward to cheering on the Raider teams this fall! 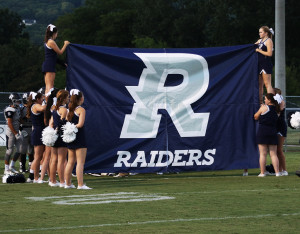 The girls want to make this season the best ever for all sports!!  Their goal is to focus on school spirit and student participation.  We feel that school spirit has increased immensely over the last few years due to the commitment of the cheerleaders and their encouragement to other students to be involved and attend games. The girls spend a tremendous amount of time outside of school practicing for games, perfecting pep rally routines, and making signs to motivate the football players! They work hard to out-do their previous routines and to progress to harder, more entertaining stunts, dances, and other skills. With 8 returning Seniors, Kate Abel, Margaret Bryant, Mary Morgan Estopinal, Katherine Jones, Vicki McClendon, Maggie Mitchell, Shannon Story, and Elayna Vergara this cheer team has strong leadership on and off the field.

We are looking forward to representing Randolph in the best way possible for the 2017-18 year!  These girls are raising the bar for Randolph Cheer and we should all be proud! #GoRaiders 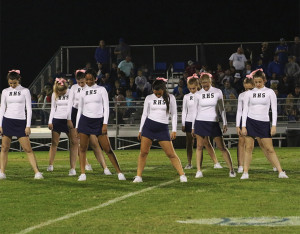 Varsity Football
The varsity football team is coming off a successful 2016 season with a back to back playoff appearances and has its sights set for an even better 2017 season. This year, the Raiders return 17 starters- 8 on offense and 9 on defense. 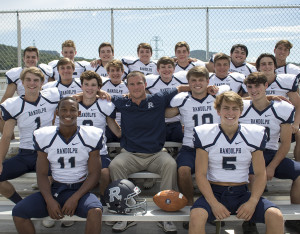 Defensively the Raiders look to play the same physical football that has been playing for the past 2 years. The Raiders return several key starters, Jackson Vest, JB Stockton, Cole Greco, and Dominick Lioce to name a few from the 2016 squad.

The main goals of this 2017 team is to continue their success on the field and make a deep run in the playoffs. Both goals are likely to be accomplished with the current 20 seniors fostering leadership roles.

Coach Flanagan feels this Randolph football team is very special. This season will bring many exciting opportunities to represent the school in new ways.  Come out Friday, August 25, 7:00 kick off vs. Brewer along with Raider Rally, Blue Crew, & Lower School Night #Domin8

Varsity Swim and Dive
The Varsity Swim and Dive team is coming off one of our most successful seasons to date, with Boys taking State-Runners Up and Girls placing 5th overall in 1A-5A.  We are excited to build from this momentum and welcome many new swimmers and divers to our team.  In the past 2 year we have seen a 180% increase in program size. 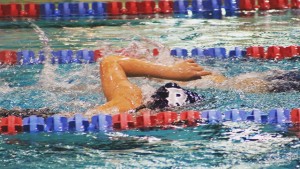 Reflecting on last season, on the heels of Championships we began to feel the impacts of a long season as a few of our athletes started to experience minor overuse injuries.  With many athletes coming off summer league teams or year-round club practices it is vital that we remember the importance of balance and taking care of our bodies.  We have always placed an emphasis on injury prevention exercises, but relish the opportunity to expand our partnership with Coach Gaunt in our strength and conditioning training this year.

With a full season of meets starting in September, please be on the lookout for our Home meets at the newly renovated Brahan Spring Natatorium!  First meet is tentatively scheduled for September 5th @ Cullman. It is a triple dual meet, sprint format with Arab, Buckhorn, and Cullman. 4:45 Start time. Go Raiders! 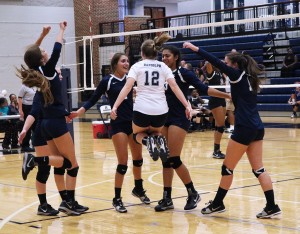 Coach McKannan will serve as head coach of the Randolph Volleyball program starting this season. “I could not be more excited to be a part of this program and can’t wait to get started working with the girls towards building something great!” -Coach McKannan

The Varsity Volleyball team is working hard to prepare for the 2017 season.  With 5 starters returning, last year’s Defensive MVP Lauren Kate Dodd, Annie Gold, April Hariman, Crosby Loftin and Nayana Vappala, senior leadership will be very important for this team.  Filling the roles of two key senior players Julia Shoemake and June Harriman will be a challenge but I am pleased with the leaders who have emerged to step into these roles.

We are excited to have Senior Fran Hudson, Freshman Mary Maddox Creech, Sophomore Laura Kamelchuk, and Junior Ruth Theodros joining us on Varsity this year.
Our team has great ball control which will be a huge factor in any success we have.   Our first match is August 31 at HOME. Raiders take on Jemison at 4:30 and Buckhorn at 6:30. #RaistTheR