Boys Basketball
The 2017-18 edition of the Randolph Raiders Boys Basketball Team is shaping up to be a great one. We will return 10 guys on the roster who have logged minutes in varsity basketball games. Coach Dylan Bunnell will take over as the VHC after a year of leading the Middle School Boys to a 9 win season, and an appearance in the county semifinals. 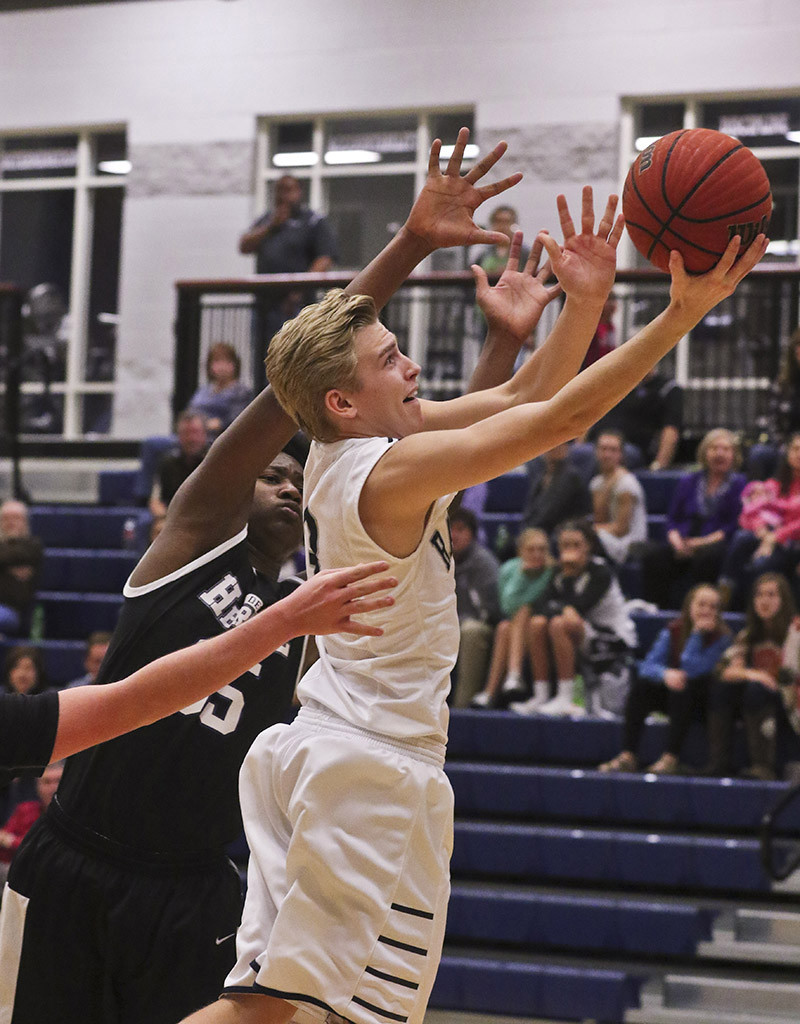 Offensively, the Raiders will look to play an up-tempo, fun brand of basketball that will consist of multiple attacks, sharing the basketball, and a lot of layups, free throws, and 3 point shots!

Defensively, Randolph will look to utilize its athletes and depth by playing a high pressure defense. We will utilize many different presses, traps, and zones to speed teams up and create easy offensive opportunities with our defense.

Seniors Will Griffin, Tim Curran, Jose Braulio, and Garret Barrileaux will be the key components in our success this year by the way they lead this team. We are excited to have such a high character group of seniors to help lead Randolph Boys Basketball!

Some other guys we expect to be contributors to our success on the court are Graham Copeland, Blake Mitchell, Sachin Katyal, and Ian Emerson. Our entire roster will have a significant role, but these guys have all had a tremendous fall camp!

Coach Bunnell is excited about the present state and the future of Randolph Basketball. This season will bring a new energy and enthusiasm to Randolph School about boys basketball. Come out November 17, 2017 to Skyline High School at 7:30. Our first home game will take place November 28 vs. Madison Academy. Hoopcoming & Senior Night will be February 2nd vs. Decatur Heritage. #MeFirstForUs #RaiseTheR

The girls’ basketball program has already taken its share of hits this season and we haven’t played the first game.  Senior, shooting guard, Maggie Mitchell is unable to return to the game she has played since elementary school due to a third meniscus tear she received last May while playing soccer.  Junior, forward, Noor Yousuf will also not return after re-tearing her ACL during a Fall skill development session.  Noor missed all of last year due to the first ACL tear in October 2016.  Our program will miss both of these hard-working young ladies. 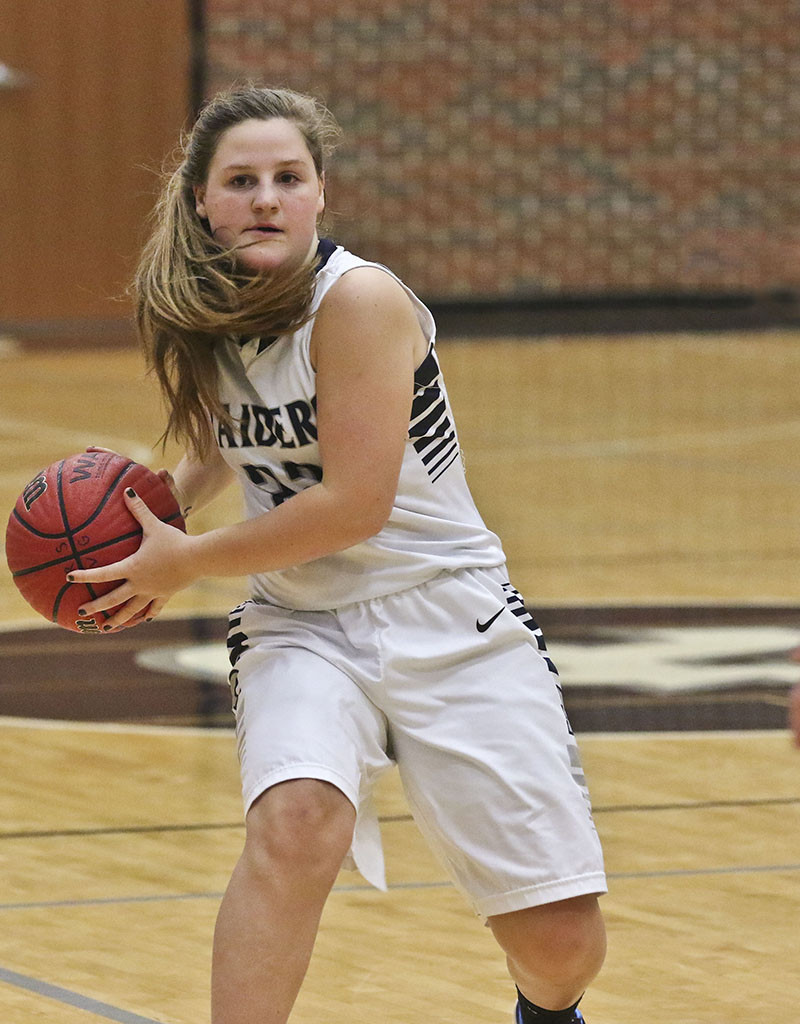 Despite these initial setbacks, we continue to push ahead with optimism.  We recently held an on-campus program retreat, attended by both middle school and varsity players.  This was a time well invested in getting to know each other on a deeper level.  Our discussions included how we would handle adversity, what are our strengths, and what we were going to commit to doing just to mention a few.

What you may not know about our team is six of the eight, play two or more Randolph sports.  Three of them are 3-sport student-athletes.  These players are putting in an enormous amount of time and making many sacrifices to benefit and grow our female sports programs.  It is an honor and privilege to coach a team who represents our school with integrity, sportsmanship, and respect.  All the while, excelling in the classroom.

Our focus on the court this year will simply be taking one game at a time.  Being present in that moment.  Competing one quarter at a time and building one another up.

What we need more than anything is for our students, faculty, and administration to rally around us with as much encouragement and support as possible this season.  We hope to see you in the stands. 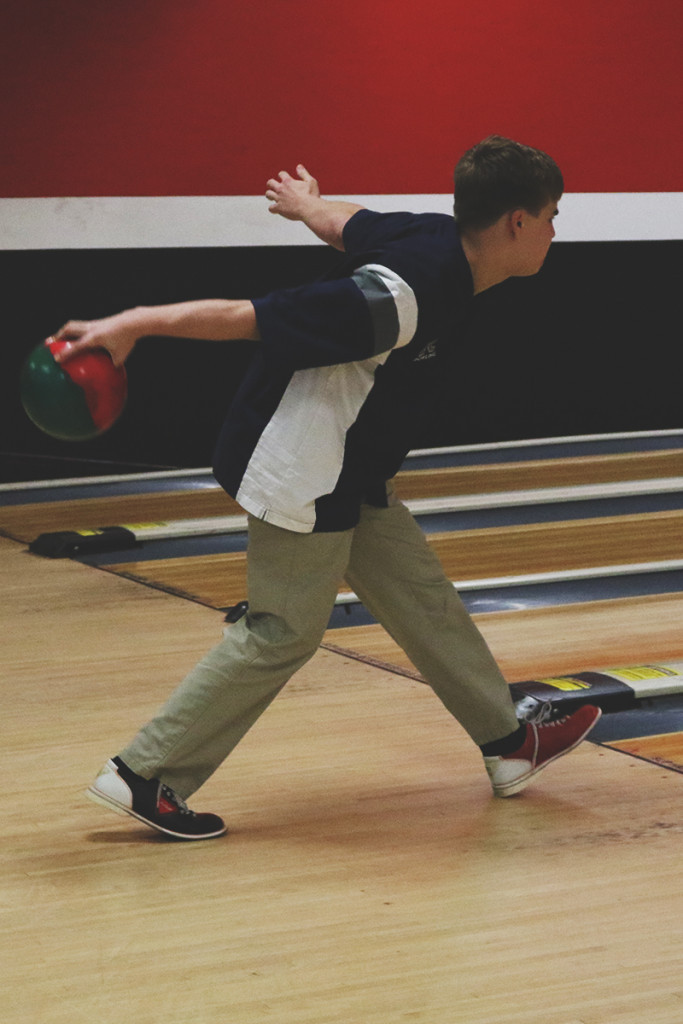 The girls bowling team is looking to build on the success from the previous two years and advance to the regional. With four girls returning from last season and two newcomers who are willing to step up. This season looks bright for a young team. It will be fun watching this team progress as the season goes on.

The boys team returns one starter from last season.  With eight new boys and the eagerness to learn and them challenging each other, it will be a fun season to see what they can do this year. 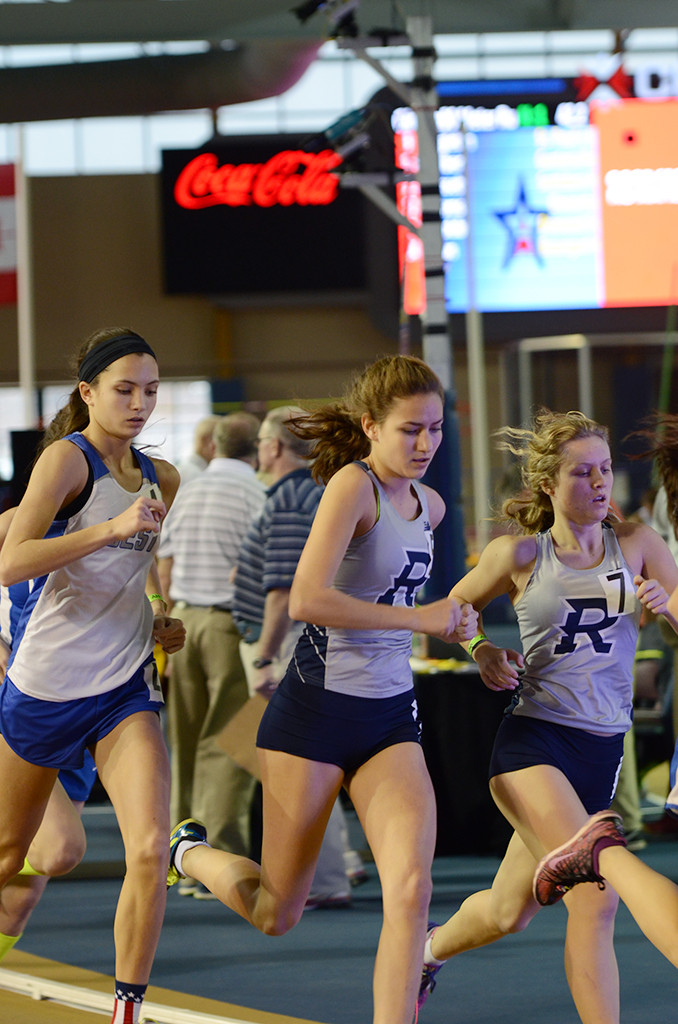 The track teams are gearing up for another winter season of Indoor Track! Both teams, which have members in Grades 7-12, have a number of new faces this year, which is always exciting. On the boys’ side, the team will look to seniors Matthew Estopinal (school record holder in 5K XC, 3200 indoor, 2 mile outdoor), Kyle Hoyt (school record holder in shot), and Forrest Bryant (school record holder in pole vault) for leadership, while sophomores such as Jack Schamban, Lee Thomas, Wes Minton, and Joshua Eastin will need to add depth. On the girls’ side, it’s anyone’s guess as to who will step and up and lead this winter, as there are several talented girls returning to the program.  Both teams continue to develop their MS athletes and see great potential coming up from the younger grades. The teams will begin their season at the Magic City Invitational on December 2nd in Birmingham, and look forward to seeing some Raider faces at the Crossplex this winter!