Raiders have graduated from Randolph and college and now have returned to pursue their passion in their sport as a coach. 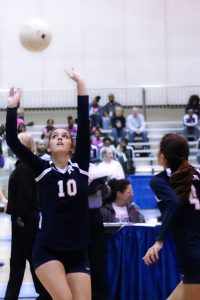 June Harriman ’17 began coaching volleyball this year for Randolph.  She has 8 years of playing experience including: 4 years on Randolph’s varsity team. June brings great experience to the team.

I am very grateful for this opportunity to coach in a program that shaped who I am as a person. I spent nine years of my life participating in Randolph Volleyball, and being on the other side as a coach is a different experience. It gives me a chance to look at the sport in depth and break down the various aspects of it. I also appreciate the coach-player bond more than I did as a player. I look forward to seeing my girls every day and spending time with them. You get the opportunity to see them grow as players and as people, and that feeling is nearly indescribable.My best memory, getting the opportunity to play, and win, in the state championship game in 2015 was one of the best memories that I have associated with Randolph Volleyball. There is no feeling in the world like it. You spend an entire season putting in consistent, hard work, and having it pay off makes it all worth it. Nothing can describe the bond that you build with your teammates at that moment, during that game. – Coach Harriman 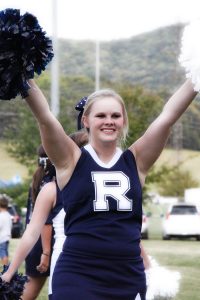 Lillie May ’13 returned this year as the Middle School Cheer Head Coach.  Lillie was a cheerleader for 2 years while attending Randolph.  Lillie is an Auburn graduate and married to another Raider alum Connor May 13′.

My best memory at Randolph was going to UCA Nationals junior and senior year at Disney World.   It is awesome to be back at Randolph and coaching cheerleading! It feels great to be a part of the Raider family again! I am very excited for a fun season ahead! – Coach May 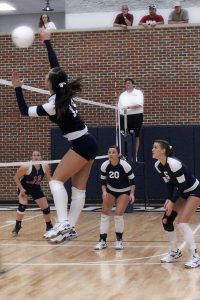 Emily Dang ’12 has also been coaching Volleyball for Randolph the past two years.  Coach Dang has 11 years of playing experience, including 6 varsity letters from Randolph, 5 years with Rocket City Volleyball Club, 3 years with North Alabama Spiker’s Association, and 4 years at Birmingham Southern College.

My best memory as a player is when we won an extremely close, very intense game to get to state, and then making it to the final four as a senior.  Being back at Randolph and coaching  feels like home. It’s a little weird being on the other side of the court but I love it! – Coach Dang 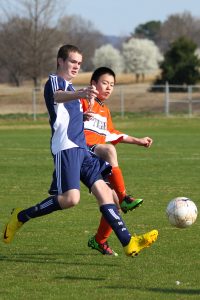 Evan Moore ’11 has been coaching for Randolph Varsity Boys soccer for the past two years.  Evan played on Varsity as an 8th grader and all four years of high school for Randolph.  Coach Moore played soccer for Kicks Futbol Club and Huntsville Futbol Club for over 8 years.  Evan has played every position on the field but his specialty is Goalie.   He is now the Raider Goalie Coach.  And not a bad record, back to back championships.

One of my best memories was playing against PJPII, one of our biggest rivalries. Getting the foul call in the box with 50 seconds left which awarded Randolph a PK.  This resulted in Raiders and  PJPII ending regulation time in a tie.  Raiders were able to win in overtime and advance to the final four. – Coach Moore 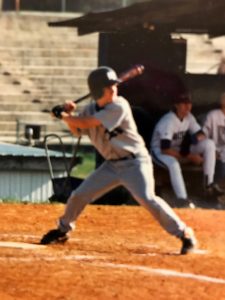 Jeremy Jones ’00 our oldest alum on the coaching staff has been coaching baseball for Randolph for several years.  Coach Jones played basketball and baseball while attending Randolph.

My best memory as a player was when we were playing Madison Academy at their place. Coach McGuffey was head coach and Dr. Joe Sharp was assisting. I wasn’t feeling well that day but Coach had me on the mound and I couldn’t turn that down. I ended up throwing a 1-hitter and we pulled out a victory. Immediately after the game, Dr. Sharp noticed I didn’t look to well and took me into his office for blood work. It ended up that I pitched my best game against Madison Academy with Mono.

The best part about being back as a coach is the opportunity to be with our student athletes. As a player, I formed bonds with my coaches that continue to this day! I enjoy doing the same with the players I coach. It’s also a pretty big perk any time I get to coach with my head coach, Coach Steve McGuffey!!  – Coach Jones