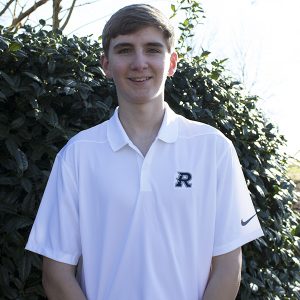 The Randolph Varsity Boys continue its hot start to the 2019 season by winnings its area match against Arab.  The Match was played at the Home Course of the Raiders, The Ledges Country Club in Huntsville, Al. on Thursday March 28th, 2019.  The Boys Blue Team defeated Arab 157-165 and was led by Freshman Charles Warren and Sophomore Chris Kobriger.  Both Warren and Kobriger shot an even round score of 36. Junior Bryce Johnson shot 41, Senior Chris Wiginton shot 44 and Senior Fletcher Wilson shot a 56.  Arab’s James Ed Johnson was boy’s low medalist shooting a 1 under par 35. The Randolph Blue team total match score of 157 once again establishes a new Boys Randolph School Record low match score that was previously set last Tuesday, March 26th, 2019 with a score of 161.

The Boys next action is the Hogan Vaughn Tournament at VHCC hosted by Grissom High School scheduled to be played Monday, April 1st starting at 8:30am. 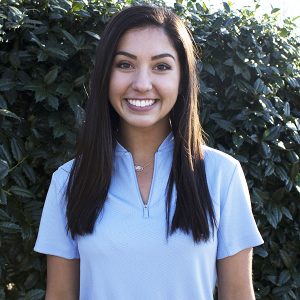 The Randolph Varsity Girls Golf Team lost a close Area Match to Arab on its Home Course at The Ledges  Country Club in Huntsville, Alabama.  Randolph’s total score of 135 was 6 strokes more than the ladies from Arab 129.  Randolph was led by Junior Michaela Morard who had 4 birdies and 1 bogey to shoot 3 under par 33 and claim girl’s low medalist honors.  Freshman Bella Duesing 48, Freshman Emma Benton 54 and 8th Grader Lucy Sinclair 66 were the other Randolph Lady Raider scores.  Randolph Girls Head Golf Coach Michael Morard said, “Some of our Girls did not play well today and it showed up in the scores.  We have got to work better at becoming more consistent out on the course.”

The Girls next action is the Hogan Vaughn Tournament at VHCC hosted by Grissom High School scheduled to be played Monday, April 1st starting at 8:30am.