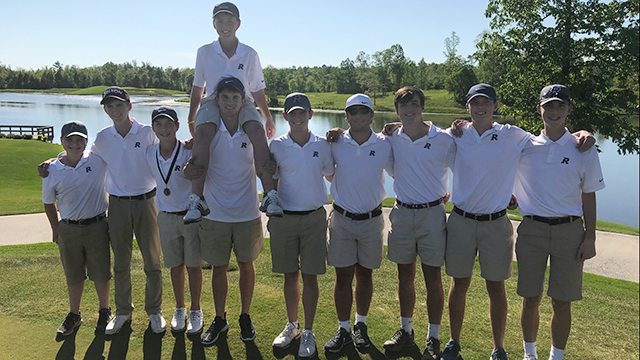 The Raider boys golf team competed today in the White Plains Invitational golf tournament at the RTJ Silver Lakes Golf Course. The Raiders set a new record score of 314 placing them 6th out of 17 teams. The Raiders were led by all-tournament team recipient Charles Warren, who shot a 2-under par 70. 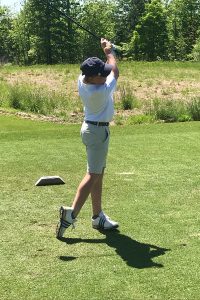 “I was just focusing on the next shot, knowing that birdies would come” said Charles who finished birdie-birdie to post our first under par tournament round this year.

The other contributing scores were Chris Kobriger – 77, Chris Wiginton – 79, and Bryce Johnson – 88. It was the first time the Raiders had 3 scores in the 70s. The Raider Silver team also played well, posting a 366 team score with ALL players shooting a below 100 score. This was the last regular season tournament for seniors Chris Wiginton, Blake Mitchell and Fletcher Wilson.

Boys Coach Pat Lewallen said “I am so appreciative of the contribution to the Raider golf program of these 3 seniors. They have been our “senior” leaders since 10th grade and have helped put Raider golf back on the map. I’m going to miss these guys greatly!” 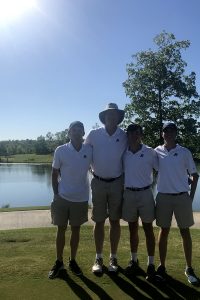