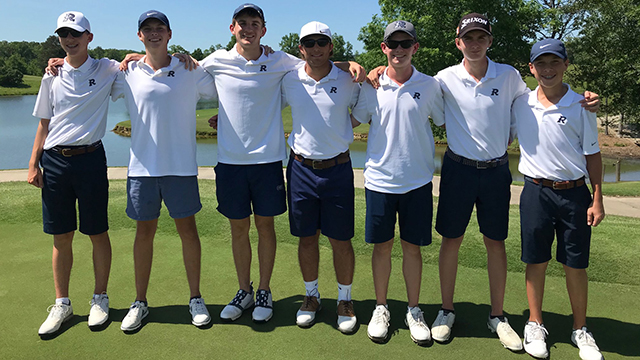 The Randolph boys golf team shot a team score of 322 today at the 4A North Boys Sub-state tournament held at the RTJ Silver Lakes course. Even though this score was 30 strokes better than last year’s 352 score, they fell 2 strokes short of tying for second place. The top two teams advance to next week’s state tournament. Bryce Johnson shot a team leading 78 with Charles Warren and Chris Kobriger shooting 80. Chris Wiginton shot 84 and Blake Mitchell added 92. Luke Lunsford and Evan DeVine also played today as individual entries and shot 95 and 104 respectively.

Boys coach Pat Lewallen had this to say: “All of us were disappointed that we aren’t heading to Prattville for the state tournament, but it was a fantastic season for Randolph golf. Coach Morard’s leadership of the Randolph golf program has created a new culture of excellence and it showed in the boys successes over the season.”