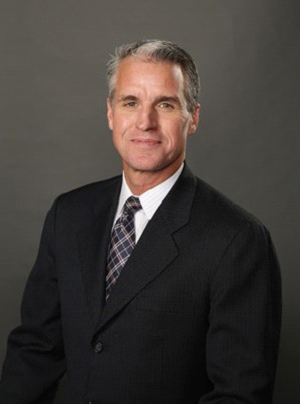 Randolph School has hired recently retired NCAA Division I college head coach, Mike Morris, to take over the boys’ basketball program. Morris just concluded 25 years at Samford University, including the last 17 as the head women’s basketball coach after serving as an assistant on the men’s staff for eight years.

In his 17 years as the head women’s basketball coach at Samford, Morris became the program’s winningest coach with 279 career wins. Morris made program history by accomplishing seven, 20-win seasons, including his 2011 and 2012 teams that won Southern Conference Tournament titles and earned NCAA Tournament bids. He led his squads to three-straight national postseason tournaments, including the 2010 WNIT where the Bulldogs earned a first-round win over Ole Miss. On the academic side, his graduation rate of student-athletes that played four years at Samford was 100%. Earlier this spring, Morris won the inaugural 2019 John C. Pittman Lifetime Achievement Award.

The move comes after Randolph School announced that Coach Dylan Bunnell is leaving Randolph, where he has coached football and basketball each of the past three years. Bunnell will become an assistant basketball coach at Roane State Community College in Harriman, Tennessee.

“We greatly appreciate the passion and enthusiasm Bunnell has brought to Randolph over the last three years and we wish him nothing but the best as he begins a new chapter as a college coach,” said Randolph Athletics Director Blake Davenport.

Two weeks ago, Randolph boys’ basketball junior varsity head coach, Kip Owens, accepted an assistant coaching position at Flagler College which initiated the conversation with Coach Morris who was interested in replacing Owens after his family’s decision to move to his wife’s home of Huntsville.

“We were fortunate to already be in discussions with Mike to join the boys’ staff as the junior varsity head coach and varsity assistant coach since he was looking for a way to stay in coaching after moving to his wife’s hometown of Huntsville,” explains Davenport. “Mike met with several administrators and the decision to offer this position was unanimous. I look forward to him having a long and successful career here as a Randolph Raider.”

Coach Morris had the following to say, “I am super excited to be starting my second career as the head boys’ basketball coach at Randolph. Randolph is a very distinctive place with strong core values, and I am honored to be a part of the Randolph tradition. I am so grateful for the confidence Blake Davenport has shown in me by giving me the opportunity to take over the boys’ program after the solid foundation built by Dylan Bunnell. I can’t wait to get started working with the young men in our program and to grow something very special on and off the basketball court. Melanie and I are so thankful to be back home in Huntsville and look forward to engaging in the Randolph community for many years to come.”

Prior to becoming the head women’s basketball coach at Samford, Morris spent eight seasons as an assistant coach on the Samford men’s basketball staff under head coaches John Brady and Jimmy Tillette. While working with the men’s team, Morris was instrumental in both Samford Trans America Athletic Conference (now Atlantic Sun) championship seasons and NCAA Tournament appearances in 1998-99 and 1999-2000.

Before his arrival at Samford in 1994, Morris served for three years as an assistant coach under veteran coach Lennie Acuff at Belhaven College. He coached at Belhaven for two seasons before joining Acuff’s staff in 1993 at Berry College in Rome, Ga.

“As impressive as Mike’s coaching career has been at the college level, the endless amount of feedback I’ve received from those associated with his career telling me how he’s an even better person has been remarkable,” shares Davenport. “Samford’s Director of Athletics, Martin Newton, who calls Coach Morris one of the ‘best humans’ he’s ever worked with, told me he initially refused his resignation because he didn’t want him to go. This is the type of character we look for in our coaches at Randolph.”

Morris played college basketball at the University of Alabama at Huntsville, where Acuff was an assistant, after transferring from Jefferson State Community College.

Morris is a native of Holly Pond where his brother Mitch Morris has been the boys’ head basketball coach for the past 15 years winning the Area Championship nine of the past ten seasons. Randolph played the Holly Pond Broncos twice this past year splitting the series, 1-1. Coach Morris is preparing to face his brother and alma mater this coming winter.

“I am not looking forward to coaching against my brother because we are always pulling for each other to win,” says Morris. “Fortunately for all the fans, we are not playing against each other. We will let the boys do that. It should be a fun competitive game with two teams that play hard and play the right way.”

Morris is married to the former Melanie Nix of Huntsville, Ala. They have two grown children, Peyton and Paige.