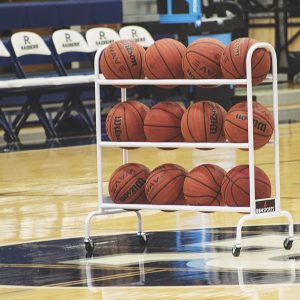 We are very excited about the upcoming 2019-2020 Randolph Boys Basketball season. The season will have a lot of “new” associated with it.  After graduating nine seniors from the varsity team last year, this year’s team will be filled with new players and players in new roles. Seniors Ian Emerson and Philip Porter will be stepping into the new role of providing a scoring punch and leadership for the team. Also, Junior Curtis Cooper will be counted on heavily in his new role as one of the primary ball handlers and play maker. Juniors Evans Bryant, Sam Hunter, Noah Reed, and Carter Wimberly will be counted on for meaningful minutes and hopefully stepping into a more significant role. Sophomore Sam Servick, a true point guard, will be counted on as a primary ball handler.  Freshmen Nic Strong, Grayson Davenport and Andrew Hunter will add toughness and energy to the team.

Also new is the head coach. Mike Morris begins his first season at Randolph after 25 years at the NCAA Division 1 level.  Our plan is to have a championship program on and off the court built on the  foundation of our Core Purpose and Core Values. Hopefully we can put a product on the court that deserves everyone’s support by playing hard, playing unselfish and playing together.  Our goal every practice and game is to defend each possession, value the ball and get a quality shot.

We open up the season with four straight home games at Shields-Jones Athletic Complex (TOC Court) beginning November 8th against Brindlee Mountain.  We hope to see all the students, faculty and the Randolph community at our games because your presence makes a difference!

The 2019-20 season for Randolph Girls Basketball will be one of change with a completely new coaching staff. The team lost one player from last year’s roster to graduation, have gotten one back from a season long injury, and had added a new face as well. Back at the helm for the Raiders is Head Coach Wright Ward, who will be returning to the sidelines of the girls program after spending the last 3 years working with the boys. The 2 words that come to mind for Coach Ward as the season kicks off are “energy” and “simplify”.

“There’s an energy back in this program that I don’t think has been here for a while. We aren’t focused on what records have been, or what they could be. There’s an energy to improve. Period. Each and every day, just improve. Our focus is on doing the little things as well as we can, both on and off the floor. The rest will come. Our other focus has been to simplify what we are doing, both offensively and defensively, so that we can play faster and, hopefully, with a little more freedom. This program, Middle School and Varsity, had a great summer full of hard work, effort, and great energy and we want to carry that over to the winter. All of our players busted their tails this summer, and they are the ones who have brought a lot of that energy and excitement back. It’s been awesome to be a part of. It really has. I couldn’t be more excited to get back out on the court and working with our players and building this program.” – Coach Ward

The first game of the season is set for November 8th at Home vs. Brindlee Mountain on TOC Court. The schedule features 11 home games and also a trip to Tennessee to take on Girls’ Preparatory School out of Chattanooga. Make sure to come out and support! Go Raiders! 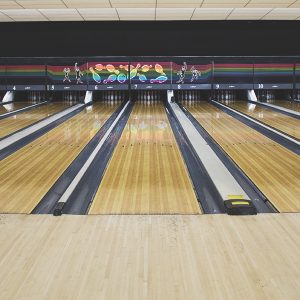 The Bowling Team is focused on continued success and growth on the lanes. This year has brought a great deal of excitement as well as new bowlers. Both teams have added younger bowlers as well as seniors to their roster. All bowlers are raising the bar and in practice, average scores are beginning to soar.

The men’s team sees the return of 6 bowlers and has picked up 5 new. A lot of improvement is going on with eyes on raising our team scores and as a result have more success. We have a tough area schedule but through dedicated focus by players and the leadership of our captains we will be competitive.

The women’s bowling team is ready to get this season rolling and knock down the competition.  With seven returning from last year there is lots of anticipation to make it back to regionals again this year and advanced to state. With the first match just a few weeks away. These ladies are working hard to get better and improve at every practice. 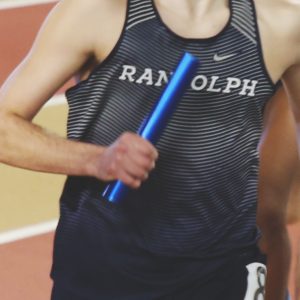 The track teams are gearing up for another winter season of Indoor Track! Both teams, which have members in Grades 7-12, graduated some talent last May, but have some key returners as well as some new faces this year. On the boys’ side, the team will look to experienced seniors Jack Schamban, Lee Thomas, Joshua Eastin, and Wes Minton for leadership. On the girls’ side, senior Katey Ann Klingel and juniors Margaret Stucky and Anahita Maleknia will likely provide leadership this winter.  Both teams will continue to develop their MS athletes and see great potential coming up from the younger grades. Indoor track is always open to newcomers; their first practice is Tuesday, November 12th if you are interesting in trying it out. The teams will begin their competitive season at the Holiday Invitational on December 13th in Birmingham. Go Raiders! 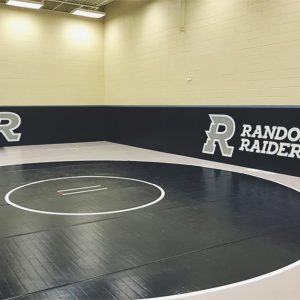 Randolph Wrestling is gearing up for season #2 and we’re excited to see more than double the roster size from last year’s first season. Currently we have 6 middle schoolers and 5 from the upper school participating this season. While this program is still in the beginning stages the coaches are working hard to get it to the next step in the process of development. Race Wright is the returning wrestling with the most experience from last year while Tanner Wright and Carter Pollock return to the mat also benefiting from being on the mat last year.

In the deep tradition of other combat sports like boxing and the martial arts, wrestling demands a challenging combination of strength, endurance and technique. Athletes and spectators alike are certain to get their heart rate up as our Raiders battle on the mat. Randolph will be fielding a young team again this year, but we are laying the foundations for what is expected to grow into a state championship program in the near future. The Raider Nation needs to come check out some of the action in the near future.

Raiders don’t forget to download and sign up to be a Randolph SuperFan!  Check in to all the winter season events and earn points for prizes and awards!

SuperFan page will be permanently located under “More” on the main menu under Fans Corner. 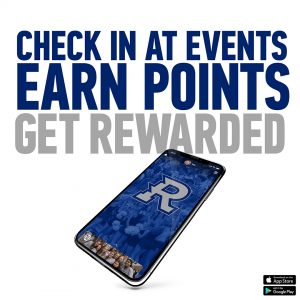