Raiders had an outstanding weekend.  Basketball boys and girls teams with back to back victories.  Winter Season Seniors were recognized and the VG Golf team were presented their State Championship rings.  It’s great to be a Randolph Raider!! 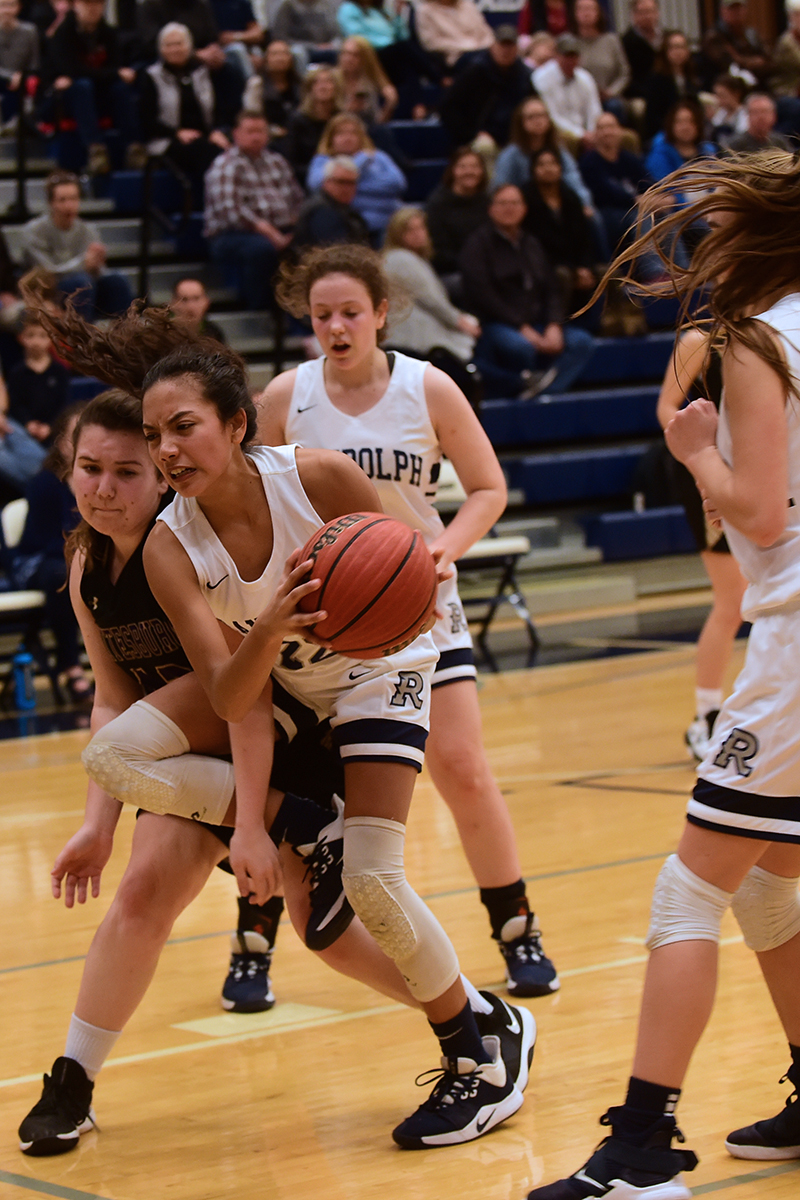 In front of a packed Shields-Jones Sports Complex for Senior Night last Friday the Lady Raiders notched their 1st victory of the season with a 36-14 win over Whitesburg Christian. Trailing 10-12 at the half, the girls refocused and came back big in the second half scoring 26 pts. while holding Whitesburg to only 2. The Raiders forced 26 turnovers in the game. It was a great night inside the confines of Shields-Jones and a fantastic way to send out the team’s two seniors, Emily Eichstaedt & Mohymina Amjad. Said Coach Ward, “It would have been really easy for these 2 young ladies to simply say it was their senior year and they just wanted to have fun and not buy in 100% to the bigger picture of what we are trying to do as a program. Really easy, and no one would have faulted them for it. They’ve done nothing but the complete opposite from day 1. They’ve listened, they’ve worked, and they’ve busted their tails every day for this team and program and I couldn’t be more proud. As I told them in the locker room, Thank You really isn’t enough. They deserved this one tonight and I’m glad we got it for our program, our team, and our seniors.”

The real test would come the next day for the Lady Raiders against Woodville High School, who defeated Randolph twice the season before. Friday had a fantastic atmosphere, and a lot of energy from a big crowd and big night. Saturday would be an 11:30 AM tip, with very few people in the crowd beyond parents and cheerleaders. It would have been easy to see a letdown take place following an emotional high, and the team knew it. After a slow start, and trailing 8-15 after the first quarter, the Raiders would go on to outscore Woodville 31-22 over the next 3 quarters plus overtime. Madison DeOrio hit a big 2 pt. bucket as time expired in regulation to force OT. A big 3 pointer by Joanna Vega at the start of overtime really put the game just far enough out of reach as it was truly the definition of a team win as every member contributed in a huge way, whether it be a big rebound, contested shot, steal, assist, or bucket. It was a big weekend for the Lady Raiders, who celebrated back-to-back wins for the first time since the 2015-16 season. “We said on the sideline before OT started that this was about not just learning how to win, but to finish” Ward said. “They had done what they needed to do to earn the chance to get the win. That didn’t mean we would, but it meant we had put ourselves where we needed to be, and now was the time to finish. To our girls credit, they did just that. They stayed composed, they brought energy, and they earned a second W the morning after busting their tails for their first one. This group of ladies continue to amaze me with their heart, passion, and love for each other. They stay true to who we are as a TEAM, they work their tails off as a TEAM, and they trust each other like FAMILY. That’s all we can ask for as coaches. The rest is just a bonus.” The Lady Raiders return to action on Thursday at home as they host 7A Huntsville High School at 7:30 PM inside the Shields-Jones Athletic Complex, and once again they will be calling on the Raider Nation to make it’s presence felt. 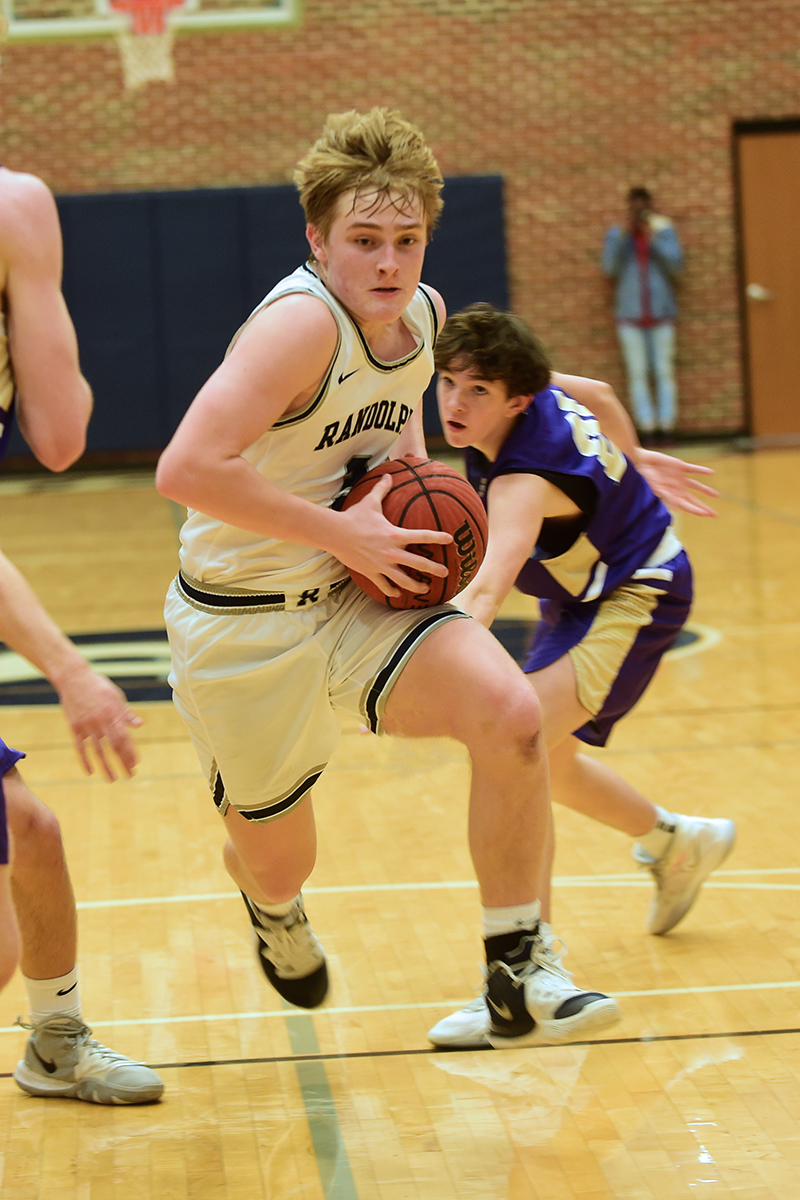 “Varsity Boys had two great home victories this past Friday and Saturday. The atmosphere was awesome Friday night for Senior night. The student section and the pep band made a huge difference for our team. Curtis Cooper lead us in scoring both games with 25 points against Whitesburg Christian and 17 points against Woodville on Saturday.  Hopefully these two wins gives us some momentum going into the Area tournament next week. I am pleased with how the team has progressed and we are playing our best basketball of the year right now.”  Coach Mike  Morris 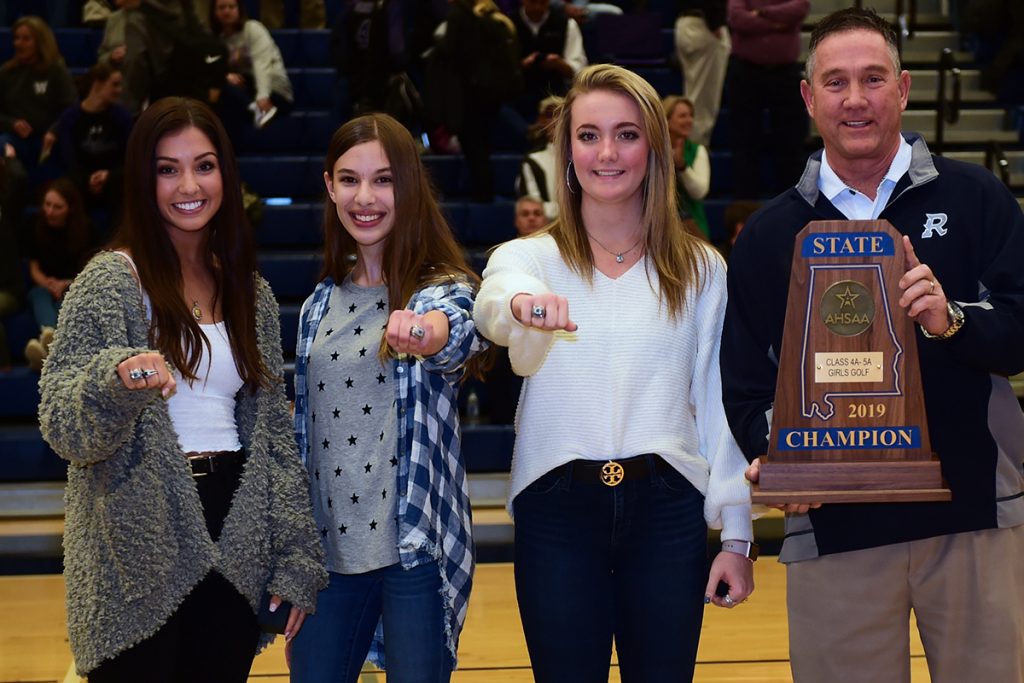 MICHAELA MORARD: Michaela is currently a Senior at Randolph and recently sign her Letter of Intent to play college golf at Univ. of Alabama. Elected Captain by her teammates, Michaela shot rounds of 69-66 to win the State Individual State Title and help lead Randolph to its 1st ever State Title.

LUCY SINCLAIR: Lucy is a current freshman at Randolph and has participated in the Randolph Golf Program now for 3 years. She continues to improve every year and we are expecting many contributions from Lucy in the upcoming year.

BELLA DUESING: Bella is a current Sophomore at Randolph and has participated in the Randolph Golf Program now for 3 years. Bella mostly played in the number 2 spot in 2019 and had very consistent rounds of 80-78 in the State Final to help Randolph win the State Title