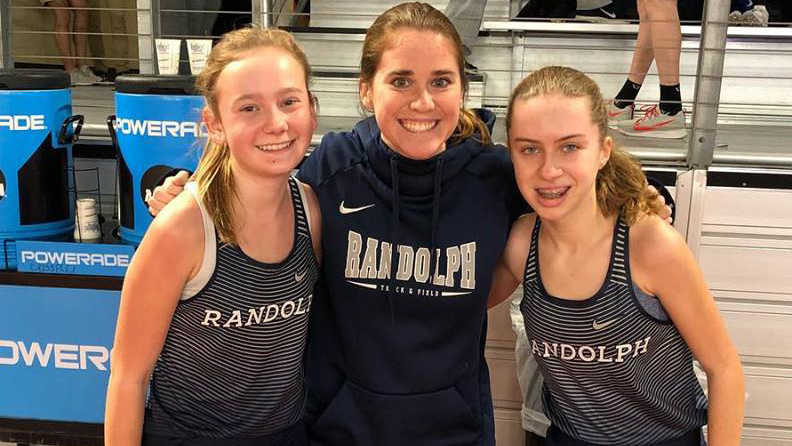 After seven full years of countless hours and thousands of clicks on the stopwatch with the last five years being at Randolph, Coach Jacqui Krueger has decided to hang up the whistle as the head coach of both the Indoor and Outdoor Track and Field programs. When including her assistant coaching role on the Randolph Cross Country staff, Jacqui has coached the Raiders for the past 15 consecutive seasons. This time has included many professional and personal milestones, but none so significant as the coming birth of baby Savannah in approximately four weeks.

Since being hired at Randolph, Jacqui got engaged, married, bought her first house, added two dogs, and earned her Masters in Education from Johns Hopkins. After being cautioned by her coaches and AD about coaching three seasons and the toll it can take on your family, Coach Krueger has decided to step back and only remain in her assistant coaching role in cross country starting in the fall.

Coach Krueger had the following to say, “I’ve been involved in track and field as either an athlete or a coach the past 17 years, so don’t doubt I’ll still be watching live results on Milesplit and rooting for all of these athletes. We have an incredible squad of assistant coaches, so I expect the programs will continue to thrive.”

During her five years as head coach of both indoor and outdoor track, her teams have finished in the top 6 at state meets a remarkable 11 times with only two finishes out of the top 10, which were both 11th place. She also coached 5 individual state champions. The 2017 Girls Outdoor Track and Field team brought home the 4A First Runner-Up Trophy. Krueger won the 2016 Metro Coaches Association “Coach of The Year” Award as well as Randolph’s Honor The Game “Coach of The Year” Award in 2017. 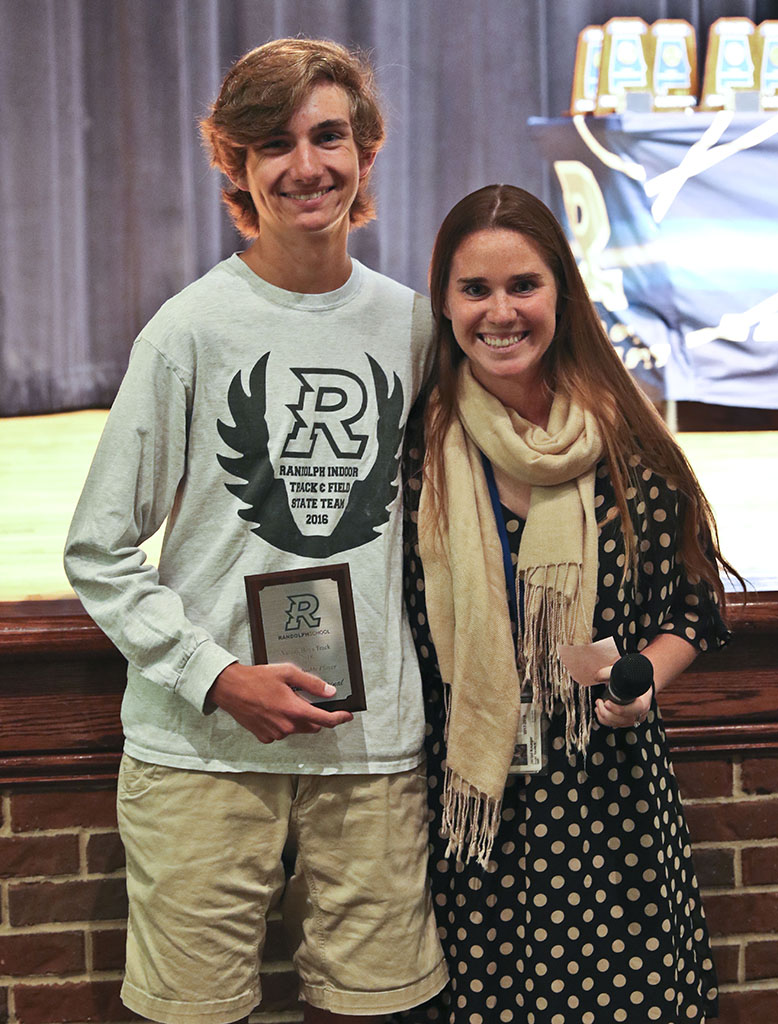 Before her time at Randolph, Jacqui taught and coached at Woodlawn Middle School for two years. She will continue in her Math teaching role at Randolph next year.

Randolph director of athletics Blake Davenport had this to say, “Coach Krueger has been extremely successful at doing all the little things great coaches do to lead athletes and assistant coaches both on and off the track and field. Her programs have grown in size and consistently competed at the highest levels, thanks to her incredible work ethic and passion for her students. We are excited about her new addition and wish her the best in this new chapter of life.”

Randolph School will have an update regarding the leadership of both indoor and outdoor track programs in the coming weeks.