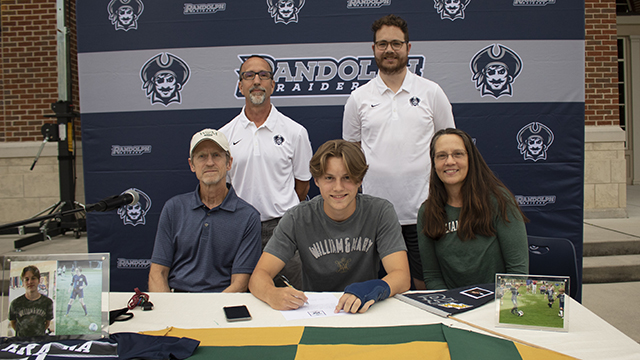 This Tuesday we celebrated an outstanding student-athlete’s decision to continue his academic and athletic career at the college level. Attending Randolph School since kindergarten, Ian Krajna is a lifer who has excelled in the classroom, where he has taken just about every Honors and AP class offered and made a total of 2 Bs in his entire academic career. He is a member of both the National Honor Society and Mu Alpha Theta Math Honor Society. Outside the classroom, he volunteers at the University of Alabama – Huntsville’s Early Learning Center regularly.

Ian puts the STUDENT in student-athlete and is very prepared to excel in the college classroom.

Ian’s father, Tom, and our head boys’ soccer coach, Alex Tomlinson, helped me put together the following background about Ian’s soccer career. Ian started his soccer career here. And by here, we mean here at Randolph. In first grade, Randolph had a family fun day on campus, where Ian pulled on a pair of shin guards for the first time. According to his dad, he had a blast, scored a hat trick, and found a sport he really loved. 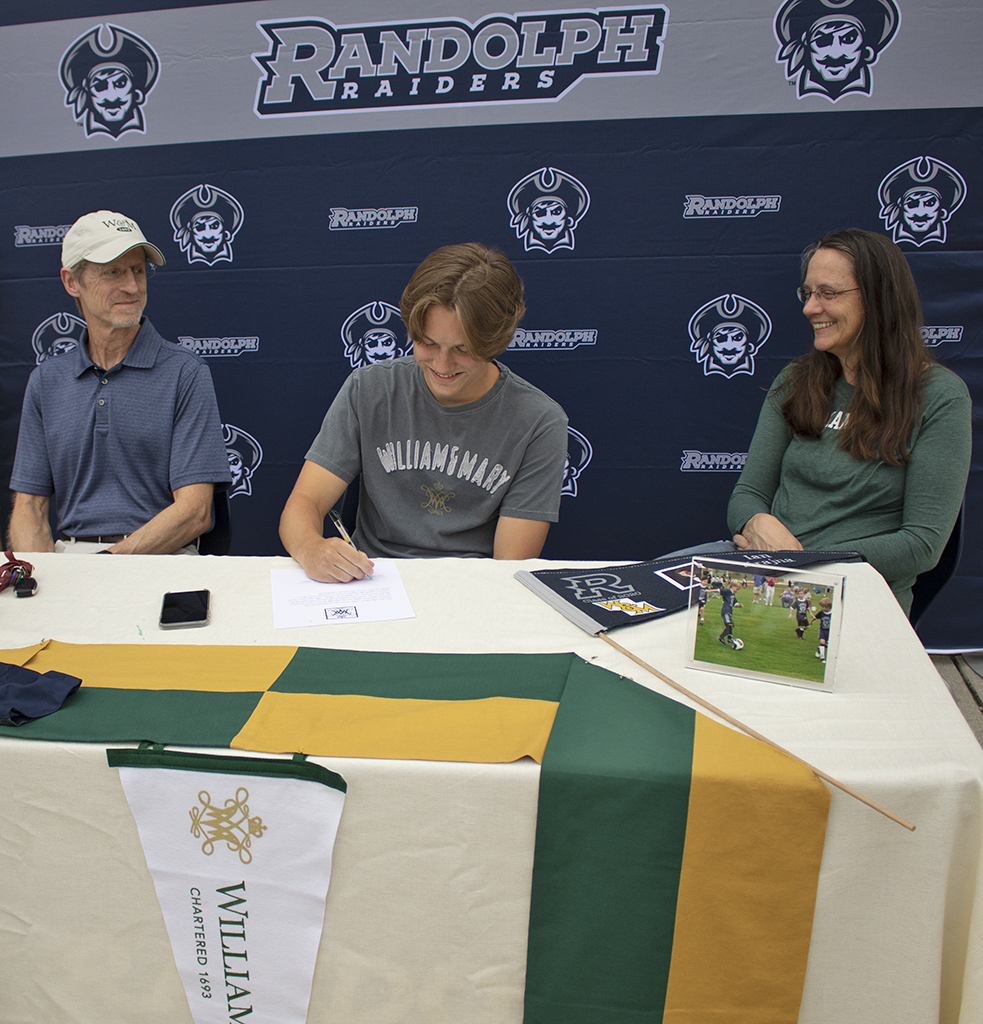 Ian tried other sports options, as well. He became very good at disc golf and even had great success in rock climbing competitions, though he didn’t like getting too far off the ground. Thankfully, he always preferred soccer.

Toward the end of Ian’s seventh-grade year, the Krajna family began following the Randolph varsity soccer team during the playoffs, knowing the team might be in Ian’s future. The controlled, short passing game, with lots of triangles and one-twos, was unlike anything the Krajna family had seen in Alabama. They watched a fantastic State Championship final that year with hundreds of spectators, with Randolph pulling out the victory at the last minute.

Two years later, Ian was a starter on that varsity team, and remained a starter for all four years of high school where he led the team in goals or assists three out of four years when accumulating the following stats:

Achieving the dream to be a college athlete also includes success on the club side. Ian moved from club to club, seeking higher levels of competition along the way. Starting in 8th grade, he began playing in Birmingham, first for Vestavia Hills Soccer Club and then for Birmingham United. His coach at Birmingham United, Ben Parks, was instrumental in guiding his players to a college program that fit them well. The Krajna family would also like to say thanks to Coach Ben.

It was a lot of work commuting to Birmingham for practices and “home” games, especially while trying to stay on top of Randolph schoolwork. But many late-night sessions with his outstanding group of friends helped get him through. His high GPA and SAT scores were undoubtedly factors in the college offers he received, and the family would also like to thank everyone at Randolph, who helped Ian along the way.

His father says they did try to make a case for Ian attending a different university, one closer to home. The coach thought he was outstanding, and it was clear he would have a leadership role from the start. The academics, diversity, and campus were all top-notch. But it came down to Ian wanting to play for a Division I school and seeing what he could do at that level.

Ian took an official visit to William & Mary in late February and liked the campus. He fit in well with his future teammates, and Coach Norris is an institution there as the head coach for the past 16 seasons.

Randolph School is proud to announce that Ian Krajna will be attending the College of William and Mary in the fall to play for the Tribe’s Soccer team.

The Randolph Boys Soccer head coach, Alex Tomlinson, took the microphone and had some great comments about his time with Ian and how incredible he has been as a student and an athlete. Ian took the microphone to end the ceremony and thanked his coaches, teachers, teammates, and all the students of Randolph.  #RaiseTheR