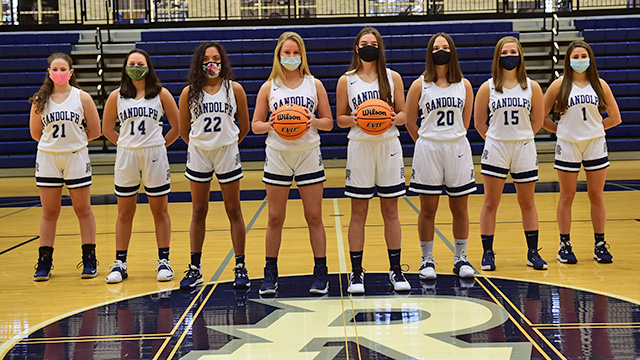 Randolph Varsity Girls Basketball hosted the Decatur Heritage Christian Academy Eagles, who made it to the second round of the AHSAA playoffs last year. The Lady Raiders were led by an incredible 34-point effort by sophomore Madison DeOrio, who also had 4 steals. It was a great effort the entire game, which had Randolph leading 23-18 at the half. Sophomore point guard, Joanna Vega, had 10 points, 6 assists, and 3 steals of her own. Senior Eliana Horowitz had a strong night from the post pulling down 6 rebounds, while freshman Josey Fann had 6 rebounds of her own to include 3 off the offensive glass. 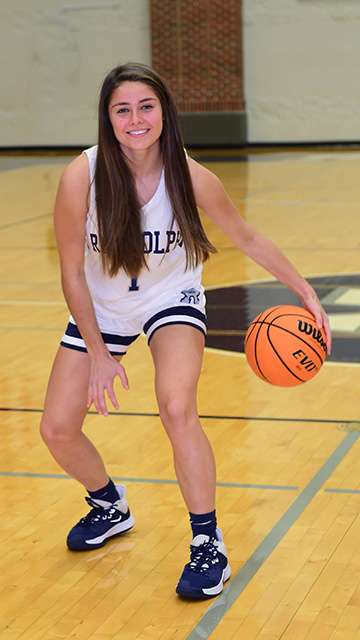 Head Coach Wright Ward was excited about the win, “Absolute definition of a team effort tonight. We talked all week that we had to increase our physicality and be more willing to consistently compete and have an attack-mindset in both practice and games. We also talked about the importance of the little things: focus on taking care of the basketball, finishing, capitalizing on opportunities we get, or we create. We knew coming in Decatur Heritage was going to be a tough opponent. They’re well-coached, have a rich tradition, and have always been an extremely physical team. We knew we had to match that, and we did.”

Coach Ward was excited to see his players step up, “Obviously, Madison played extremely well, scoring 34 points. I think it was probably the quietest 34 points I’ve seen. It wasn’t until the 4th quarter when an assistant coach quietly pointed out that she had 30. She played to her strengths, didn’t force action, and it paid huge dividends for our team. It also helps when you have a point guard in Joanna Vega who is looking to push the tempo and does a fantastic job of rewarding all her teammates who sprint the floor. She probably had one of the bigger shots of the game in the third quarter when DHCA came out on their first possession and hit a 3 right out of the gate. We came down, and Jo drains a 3 to answer.”

Pandemic conditions continue to shuffle the schedule, but Coach Ward looks forward to the momentum from this win carrying over to the next game. “Now the trick is continuing to build on this. This was a great win for our program, but the season is very young, we’re very young, and we have to keep growing. I know this, though, if we continue to play with the same fire and effort, this will be a fun season no matter how it plays out. Go Raiders!”

At this time, the Lady Raiders travel to Priceville for their next game next Thursday.