“It was the best of times; it was the worst of times.” Charles Dickens could have easily summarized last night’s game this way. It was indeed a tale of two halves, but luckily the “best” came after the “worst.” 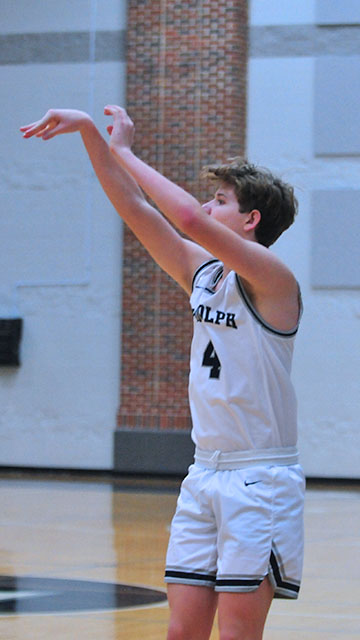 The Raiders opened the game on TOC Court in a funk last night. The scoreboard showed 15-0, favoring the Panthers of Woodville, at the end of the first quarter. Senior Carter Wimberly finally broke the ice with the first bucket of the night to bring the score to 15-2 with 7:47 left in quarter two. The Panthers’ lead grew to 24-2 before the offense finally kicked into first gear as a three-pointer by junior Richard Laube brought the score to 26-7 just before the half.

A different team came out of the locker room, and the comeback got off to a quick start. Sophomore Andrew Hunter hit back-to-back three-pointers and then followed those with a three-point play the old-fashioned way by driving the lane, scoring the bucket, and knocking down the free throw to bring the score to 26-16. Laube hit his own back-to-back threes that helped Randolph cut the Woodville lead to 32-28 as the third quarter ended.

It was Wimberly’s turn to open the quarter with the hot hand. The senior did his best Hunter impersonation by starting the fourth quarter with his own nine points, including three field goals and three free throws to give the Raiders their first lead of the game, 37-36. Randolph never looked back as Hunter (17 points) and Wimberly (15) led the Raiders to a 39-14-point advantage in the second half. Randolph finished the resurgence with a final score of 46-40. 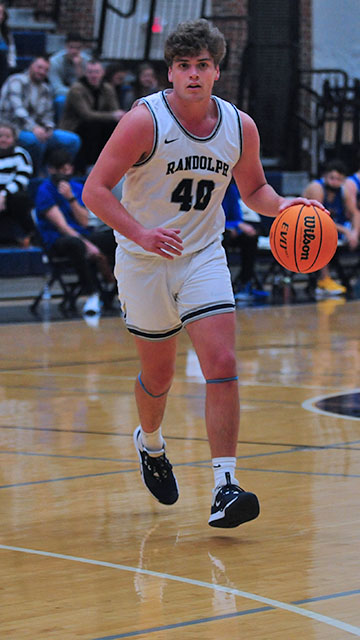 Head Coach Mike Morris had this to say after the game, “I would have preferred to play better the entire game and not get down 26-4. However, it was great to see how our guys handled being down and their response to adversity. Hopefully, this can give us confidence that we can come back in any game. Also, the hope is we can learn that if we are not ready to play from the beginning, it can look ugly.”

Randolph finishes the regular season tonight with games versus Whitesburg Christian Academy before heading into Area Tournament play next week. Follow @RaidersOnGarth on Twitter, and be sure to bookmark www.RandolphAthletics.net for all the latest details.