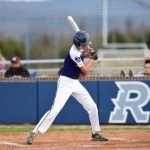 Baseball is having a good season as their record is now 6-6, losing close games to Westminster and Decatur Heritage. The Raiders played a doubleheader against Central last Friday, losing the first game in a close one 8-6 and then dominated the second game, winning 12-0. 8th graders Will Waites and William Mitchell led the Raiders with 2 hits each in the second game. The Raiders will take on Whitesburg Christian this Friday (3/26, 4:30/6:30, buy your tickets on GoFan or attend for free if you are a Randolph student or employee) at home. They defeated the Warriors at Whitesburg earlier this season, 11-1. 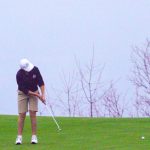 Both golf teams are off to a good start as they both defeated Westminster earlier this season. 8th grader Andrew Hinson, shot 40 and 8th grader Ben Shannon, shot 53 in the win over Westminster. The Raiders are scheduled to compete in the Huntsville Panther Invite on April 6th. 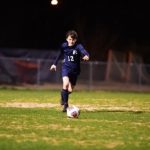 Boys’ soccer is having a solid season thus far. Their record of 1-7 doesn’t define how their season is going. They have played in a lot of close matches, including the match against Liberty in which they lost in double overtime. Henry Green scored two goals in the overtime loss to Liberty. The Raiders have fought game in and game out despite the opponent. On the girl’s side, the same is to be said. The girls team consists of a lot of young players, but they have done a great job competing with their opponents and playing in a lot of close matches. Both teams are beginning to prepare for the County Tournament, taking place on April 5th. 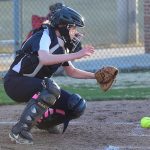 The Lady Raiders have faced some unexpected changes, as Coach Weglage takes over as the head coach. The Raiders have fought hard in losses against DAR and North Jackson, despite little experience among the team. The Lady Raiders are scheduled to take on Buckhorn (4/7, 4:30, buy your tickets on GoFan or attend for free if you are a Randolph student or employee) in their final game of the season. 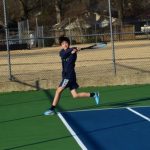 Boys tennis is having a very impressive season, considering only middle schoolers are on the varsity team. The Raiders defeated teams such as Westminster and Lee. On the girl’s side, the Raiders are doing extremely well. With a record of 6-1, the Lady Raiders have defeated Westminster and Madison Academy recently. Both teams are now preparing for Sectionals on April 12th, which will determine their status in the State Tournament. 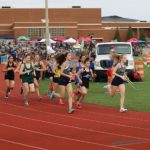 The track and field season is going very well. In the Albertville Invitational, the girls took 1st place and the boys took 2nd. 8th grader Emily Creekmore placed 13th in the 200m and 8th grader Macie Meyer placed 13th in the 400m. This meet was a varsity meet, so these middle schoolers did a great job competing with high schoolers. Both teams plan on competing in the Madison Academy Invitational on Saturday (3/27).