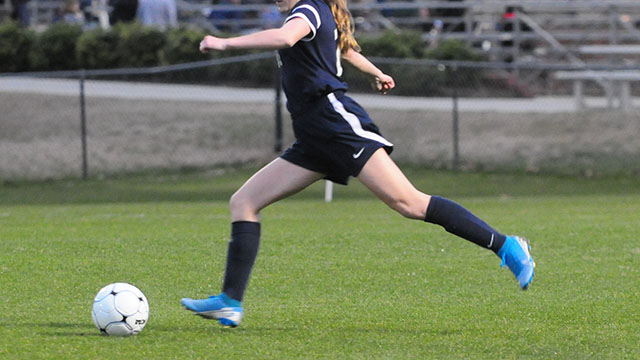 Raiders played in pouring rain on Friday against Florence and won that game 2-0. Asha Arora led that game coming off the bench to score both goals. Our back 4 which is the backbone of our team and first-time goalkeeper Josie Harvey played a great game earning our first clean sheet of the season. Our two center backs Austill Baker and Ella Minton do a great job in the back allowing our outside back Hope Falkenberg to have more freedom to play into the attacking third.

The next 2 games were against tough opponents Liberty MS and Monrovia MS. We lost 5-0 to Liberty and 4-0 to Monrovia. We played well just couldn’t execute at times and had some unlucky moments. We struggled with finding the second pass and keeping our shape against the tougher opponents.

“We had a long heart to heart after the second loss Saturday night about effort, trust, and accountability. The team responded well which led to one of our best practices of the season so far.” Coach Baudy

Raiders are looking forward to some big matchups this week against Discovery and Athens. We have some very good young talent mixed with some hard-working veterans, which has spiced up the competition at practice.