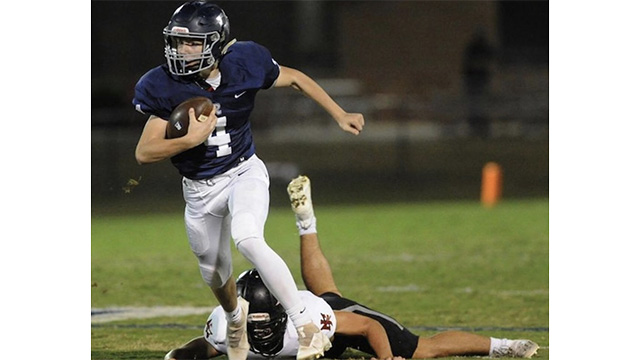 The Raiders dropped a hard-fought game to the visiting North Jackson Chiefs on Friday night. The Chiefs recovered four onside kicks throughout the game. North Jackson led 22-18 at halftime but managed to pull away in the second half.

Defensively, the Raiders were led by Carter Wimberly, Conner Goodson, and Noah Reed. Wimberly had over 10 tackles for the game. Kelly Hay blocked a Chiefs punt and recovered the ball in the endzone for a Raider touchdown. The Chiefs had only allowed one sack coming into the game against the Raiders. The Raider defense played tough all night and got to the Chiefs quarterback four times.

The Raiders are on the road this Friday night for a 4A Region 7 matchup with the Westminster Christian Wildcats. With playoff possibilities on the line, this is a huge region game for the Raiders!