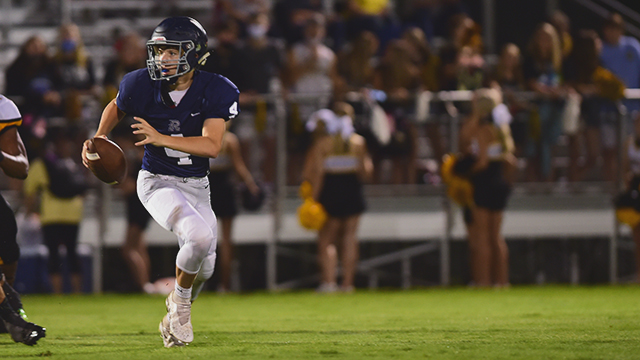 The Raiders lost a hard-fought game to #4 ranked Madison County on Friday night. After trading scores in the first quarter, Madison County took a 22-7 lead into the half. The Raider defense forced a fumble on the opening drive of the second half and a few plays later the Raiders cut the lead to 22-14. Madison County scored a late touchdown to escape with a 29-14 victory.

The Raiders will host the Westbrook Christian Warriors on Friday, September 25. Kickoff is at 7:00pm.