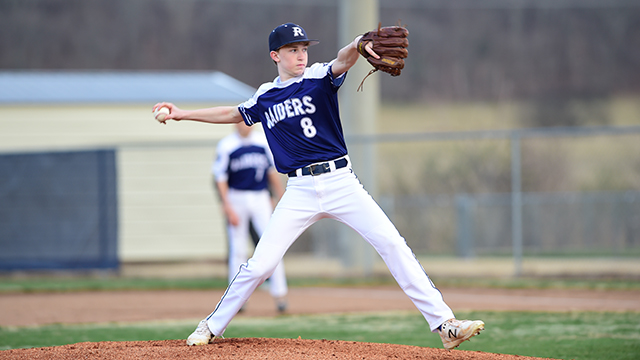 William Mitchell threw a gem on Friday for Randolph Middle School, allowing zero runs and besting Central Middle School by a score of 12-0.

Raiders secured the victory thanks to nine runs in the fourth inning. Randolph’s offense in the inning was led by Will Waites, Keaton Schroer, Hayden Johnson, and Mitchell, who each had RBIs in the inning.

Randolph got on the board in the first inning when Waites singled on a 3-2 count, scoring one run.

Raiders scored nine runs in the fourth inning. Randolph’s big inning was driven by singles by Johnson and Mitchell, a walk by Mitchell, a groundout by Schroer, and an error on a ball put in play by Waites.

Mitchell was the winning pitcher for Randolph. The pitcher went five innings, allowing zero runs on two hits and striking out six.

Mitchell went 2-for-3 at the plate to lead Randolph in hits. Mitchell led with four stolen bases, as they ran wild on the base paths with 11 stolen bases.