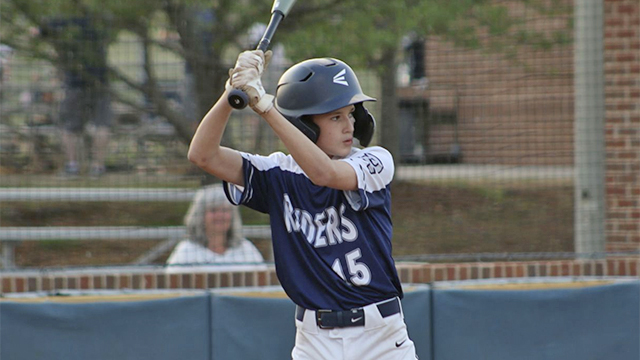 Raiders defeated John Paul II 7-6 on Friday thanks to a walk-off sacrifice fly. The game was tied at six with Randolph batting in the bottom of the ninth when Keaton Schroer’s sac fly scored one run for Randolph.

Raiders built a six-run lead in the second inning and then held off John Paul II’s charge.

Randolph got things started in the first inning when Noah Gaunt grounded out, scoring one run.

John Paul II knotted the game up at six in the top of the fifth inning, when an error scored one run for St. John Paul II.

Randolph tallied four runs in the second inning. The offensive onslaught came from singles by Jack Reeves, Will Waites and Gaunt.

William Pugh pitched to victory. Pugh lasted one inning, allowing zero hits and zero runs while striking out two and walking one. Garrett Trousdale threw five innings in relief out of the bullpen.

Randolph collected seven hits on the day. Mitchell and Waites all managed multiple hits. Mitchell led with three hits in four at bats. Michael Vega led with four stolen bases, as they ran wild on the base paths with 16 stolen bases.