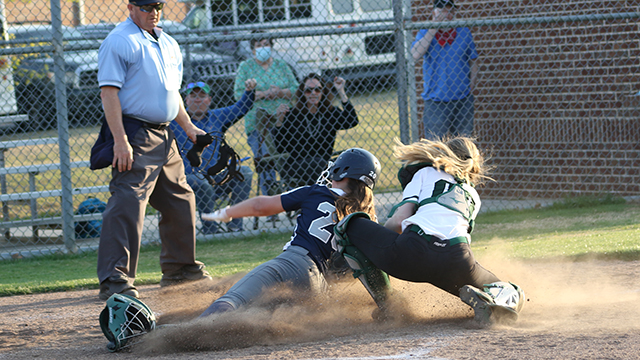 Raiders opened up scoring in the first inning. Ashlyn Hafley drew a walk, scoring one run.

Randolph put up five runs in the fifth inning. Big bats were led by Joanna Vega, Gracie Boothe, and Emma Gold, all driving in runs in the inning.

Vega pitched Raiders to victory. The hurler lasted three and two-thirds innings, allowing six hits and three runs while striking out seven and walking one. Boothe threw three and a third innings in relief out of the bullpen.

Gold went 2-for-4 at the plate to lead Randolph in hits. Cara DeJesus led with three stolen bases, as they ran wild on the base paths with nine stolen bases.