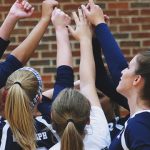 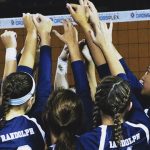 Thursday, August 25, 2016 6:00 PM Randolph School AWAY 1 Austin HOME 2 Game Recap Our first Match was against Austin High School (6A). Randolph left the starting gate very strong as they won the first set 25-15. Randolph gave up the second set reeling in a 5 point deficit, but losing 24-26. The third 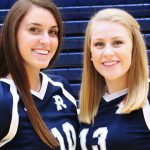 Thursday, August 25, 2016 5:00 PM Randolph School AWAY 0 James Clemmens HOME 2 Game Recap Randolph’s second match was against JCHS (7A) who’s team was firing on all cylinders; winning both sets decisively at 11-25 and 13-25. Team performance for the night was led by my senior captains, Julia Shoemake, with 16 digs and 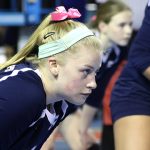 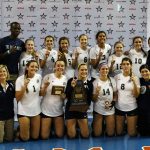 My two most favorite words when the Lady Raiders began the championship match quickly became, “Point, Raiders!”  Oh, what a sweet, sweet sound that was as the PA announcer called out the scoring team as each point was played.  Thankfully, Raider fans got to hear it a lot as the team began to pile up points after losing 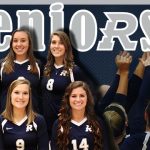 The varsity volleyball seniors (Sara Abolghasemi, Jordan Loftin, Libby Gold, Marina Egbaria, Victoria Fennell, and Bailee Barrilleaux) were really grinning when they came off the court after their second match of the North Super Regional Volleyball Tournament. The team had just qualified for another trip to the Elite Eight in the AHSAA Class 5A State 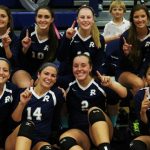 WEAR ALL BLUE! Randolph Volleyball head to state!  First Match is Wednesday, 10/28 12:30 pm at the Birmingham CrossPlex Court #6 against Faith Academy (Mobile). Girls 5A Varsity Volleyball Bracket Ticket booth will be available at the front entrances and ticket tables at the rear entrances. Tickets are $10 per day and may be purchased 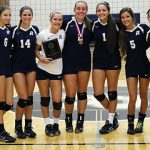 Next match Friday, October 23 10:15 am vs. Corner @VBCC Tickets can be purchased online at Preptix.com/AHSAA  or available at the event $8 for all day access. Girls 5A North Super Regional Bracket. View photos in the Online Gallery 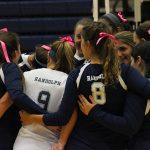 The Lady Raider Volleyball Team recognized six seniors Monday night and celebrated the event with a three-set victory over area foe, Johnson.  Prior to the match, each senior player was introduced by a teammate and presented with a rose and a framed action photo in honor of the player’s dedication, hard work, perseverance and contributions